Build of the Week: i9 Revit Workstation

This week, we had a request come in for Revit workstations designed to handle large models yet be as cost-effective as possible. The budget we had to work with was around R28 000. As you can tell from the title, we were aiming for an i9 Revit machine at that price point… Challenge accepted! 🙂

The client made it clear that they work predominantly in the MEP field, and they don’t use add-on programs for visualisation like Enscape. This would normally require spending more on the GPU than with just pure Revit modeling and rendering.

Revit is a program that scales with both CPU frequencies and cores.

At the time of this build, Intel was in the lead when it came to multicore consumer CPUs. This is why we we chose to aim squarely for the 10900K.

Not only did we reach our i9 target, we overclocked it to 5Ghz. Overclocking is a process that involves fine tuning of cooling and voltage, to get the highest speeds possible. Many PC enthusiasts are familiar with this task, not quite as many have our level of expertise. Our lead technician, Pierre, is an ex-competitive overclocker. With hundreds of successful builds under his belt, he put the water cooling system in this build to good use.

This speed gave us the balanced performance we were looking for in this 20-core i9 Revit workstation. Below is a simple comparison showing “before” and “after” overclocking benchmark results using PC Mark – a world renowned benchmarking software package which helps give you real-world performance numbers on your computer for comparative purposes (Download it for free and give it a try yourself – post your numbers and spec in the comments below!)

As can be seen, the above overclock not only increases the overall system score, but also reduces the amount of time programs take to open, the speed at which the computer boots up and the general functioning of the workstation.

We also did another quick test involving a basic, high quality Revit render. Despite what one might think, rendering in Revit is handled almost exclusively by the CPU, and can also scale according to the number of cores the CPU has. So in other words, when it comes to rendering in Revit, the more cores the better!

Although this particular CPU being used is advertised as “5Ghz” by Intel, what the majority of people don’t know is that in stock form, this is only achieved on only 1 of the 8 cores.

So when it comes to the standard, stock clock speeds of the Intel Core i9, this would be 3.6Ghz. It can bump one processor core to 5GHz as mentioned above, four cores to 4.8GHz, and all eight to 4.6GHz (if you are lucky!) – on 8 cores we normally only see 4.2Ghz in stock form at best). If a big task is running on one core, that one kicks up to 5GHz, while the others slow down to minimize the heat output. Rendering in Revit for example drops the total CPU speed all the way down to 4.1Ghz on all cores in stock form.

Our optimised and overclocked Vulcan CPU used in this build on the other hand, has the CPU cores in sync. This has you working on normal modeling single core tasks at 5Ghz and rendering at 4.7-4.8Ghz on all cores, all the time! This can be achieved safely and reliably thanks to many years of technical know-how as well as the latest in CPU cooling technologies used by Modena Computers.

Below is the before and after render times for the stock VS overclocked Vulcan workstation.

Remember that this was just 1 high quality still-image render. If you were rendering an animation at the same settings, your total time saved for a 30 second video animation clip at 25 frames per second for example would be a whopping 75 hours saved! That’s over 3 days less! It begs the question, how much is your time worth to you? This type of increase in time saved will easily help pay for your workstation in no time at all.

We find Revit predominantly “bottlenecked” by CPUs, and less-so on the GPU side of things. This makes the GTX1660Ti 6Gb a great card for Revit modeling purposes. Buy using a mid-range GPU like this, we perfectly optimised the budget for this i9 Revit build.

Keep in mind that you’ll still need a powerful GPU if you plan on using VR, or add-on programs like Enscape as mentioned. It worked out well for us that this was not part of the planned workflow for this machine.

To get the most out of this top-tier CPU, we installed a massive 64GB RAM.

During our in-depth consultation process, we found that the projects our clients’ projects could get quite large. Large Revit models can consume a lot of RAM. 64GB was the safest option to handle these large models.

The CPU wasn’t the only part of the system that was overclocked either. As with all Vulcan and Hydra computers, the RAM was overclocked and optimised for peak performance. Naturally, this workstation is backed by our 3 year warranty and LIFETIME hardware support, which is standard for our machines.

Considering the budget we had in place, we were very happy with our results. An i9 Revit machine under even R 30 000 was an ambitious goal, and we’re proud to have achieved it.

We would love to hear from you regarding your requirements. Please feel free to get in touch with us for a free consultation. 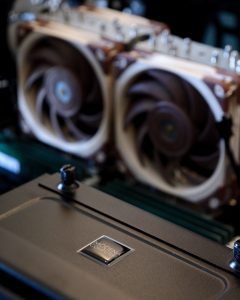 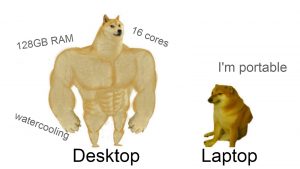 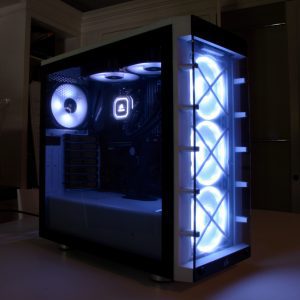 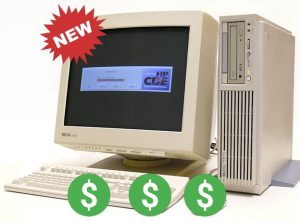 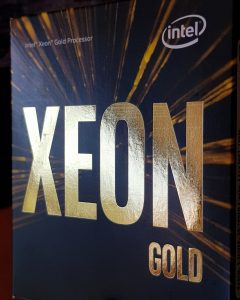 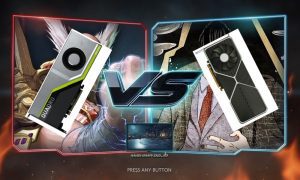 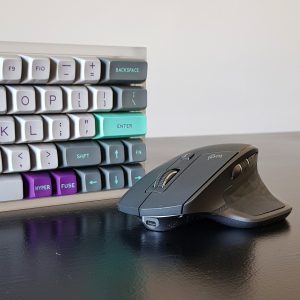 Why Peripherals Matter for your Workflow 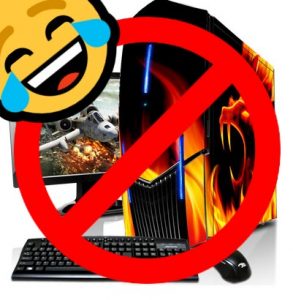 “We Don’t Want a Gaming PC”

We build systems to suit your exact requirements – saving you time and money, by providing the right tool for the job from the start.

We are dedicated to providing you with the best experience possible and are confident that once you experience a Modena Computer, you won’t want to use anything else.

Every Modena Computer desktop PC is sold with a 3-year warranty and life-time hardware support.

After speaking to a Modena support consultant, and it is found that that something is wrong with your workstation hardware-wise, we offer free return shipping on all warranty claims within the first 3 years of ownership to anywhere in South Africa.

Modena Computers
5.0
Based on 24 reviews

Zac Jefferson
16:39 02 Mar 21
Exceptionally professional, kind and thoughtful... service. Ordered a custom spec workstation for our architectural firm to run Revit and 3D rendering software - it all works like a dream. I highly recommend the services of Kaamraan, Pierre + Damien.read more

Francesco Biagini
21:51 22 Feb 21
I definitely recommend Modena computers for your... workhorse machine. I had a specific configuration in mind for a machine I’d use for heavy graphic and video renders. Kaamraan took the time to listen and research the best options and alternatives to the components that weren’t available in South Africa and suggested valid alternative hardware. I now have my first PC as I’ve always been working on Macs and I am very pleased with the result. The cable management inside the machine is impeccable! Big Ola to the technical team! Francescoread more

Wayne Thornley
12:09 04 Feb 21
Very smooth and responsive ordering process for... my pc workstation. Through delays they kept me updated and also improved on the machine at no cost when better components became available. They also properly tested the components, picked up a fault and swapped out the component before delivering to me. Excellent service throughout. My hardware providers of choice now.read more

Malamulo Banda
14:49 15 Dec 20
We upgraded our main workstation with modena.... Such excellent services from Kaamraan and team! The turnaround time was exceptionally quick and after comparing around-definitely the best bang for the buck!. Our workstation is now rendering like a breeze. Such a relief. We Highly recommend you guys. The Panache Architects Teamread more

Kirstin Kleyn
11:42 13 Dec 20
I was having problems with my laptop for work.... Modena Computers very quickly figured out it was a RAM issue and upgraded it for me. My laptop now runs perfectly. I would definitely recommend them for their expertise and great customer serviceread more

Wian Wilson
05:40 04 Dec 20
From gaming, to Point Cloud Data, my 3D CAD... software and even video editing, the machine provided by this great team does it ALL! Even 4k@60FPS was no challenge for this little beast. Pierré creates magic with his computers, I see no need to ever look for another PC/Hardware supplier ever again.read more

Shivar Rajoo
22:34 28 Nov 20
These guys are seriously some of the most... accommodating people I've ever had the pleasure of doing business with. After multiple part, price and general changes to a PC build I wanted, they still took their time to constantly respond past work hours, and eventually build my dream PC to its exact specifications. Thank you!read more

Val_Hell_Yeah
13:44 27 Nov 20
Always efficient and professional, really willing... to assist and go the extra mile for a clientread more

Ross Lombard
09:25 27 Nov 20
A professional team of guys that built exactly... what I needed, I am so impressed with my PC. Definitely worth it.read more

Nick Parsons
09:22 27 Nov 20
Damien from Modena Computers went above and... beyond to spec and build me a powerful desktop for the office. I needed something quickly, and within a day he'd supplied and custom built the perfect machine, along with delivering it and providing backup support. Fantastic service!read more

Deamon Cenzo
09:11 27 Nov 20
I work with HUGE point clouds and just as many... TIN surfaces. After a thorough consultation with Kaamraan, he put a machine together for me that perfectly balanced my needs to my pocket. Well done!!read more
Next Reviews